The first ever scientific assessment of the amounts of greenhouse gases emitted from and absorbed by forests in UNESCO World Heritage sites has found that forests in World Heritage sites play a vital role in mitigating climate change by absorbing 190 million tons of CO2 from the atmosphere each year. However, ten forests released more carbon than they sequestered due to pressure from human activity and climate change, which is alarming.

By combining satellite-derived data with monitoring information at the site level, researchers at UNESCO, World Resources Institute (WRI) and the International Union for Conservation of Nature (IUCN) were able to estimate the gross and net carbon absorbed and emitted by UNESCO World Heritage forests between 2001 and 2020 and determine the causes of some emissions.

The research found that, as a whole, UNESCO World Heritage forests in 257 separate sites, absorbed the equivalent of approximately 190 million tons of CO2 from the atmosphere each year, comparable to roughly half the United Kingdom’s annual CO2 emissions from fossil fuels.

We now have the most detailed picture to date of the vital role that forests in World Heritage sites play in mitigating climate change. 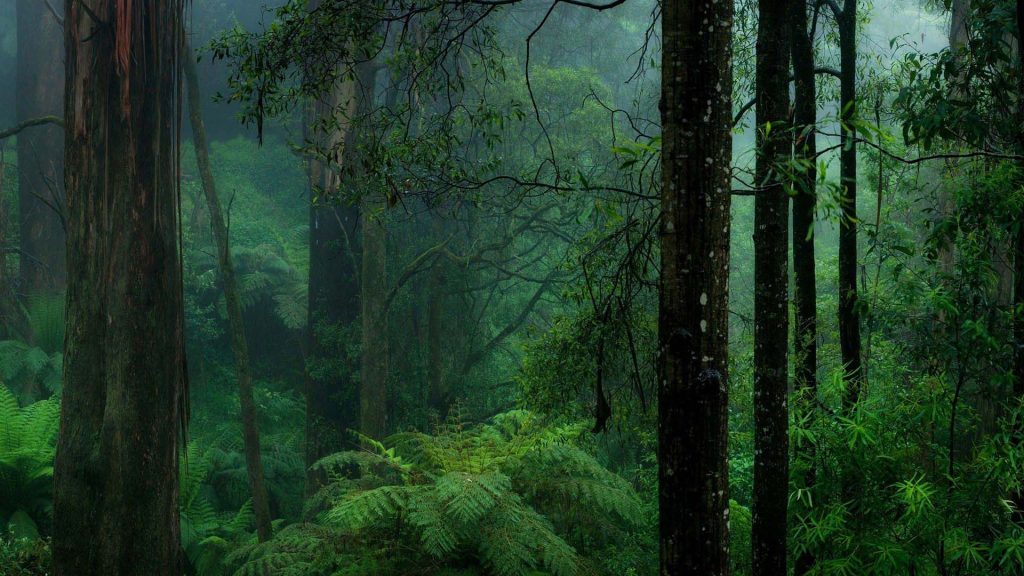 World Heritage forests, whose combined area of 69 million hectares is roughly twice the size of Germany, are biodiversity-rich ecosystems. In addition to absorbing CO2 from the atmosphere they also store substantial amounts of carbon. Carbon sequestration by these forests over long periods has led to total carbon storage of approximately 13 billion tons of carbon, which is more than the carbon in Kuwait’s proven oil reserves. If all this stored carbon were to be released into the atmosphere as CO2, it would be akin to emitting 1.3 times the world’s total annual CO2 emissions from fossil fuels.

Findings from 10 World Heritage forests are cause for concern

However, given that World Heritage sites are highly prized and protected, the fact that 10 of 257 forests emitted more carbon than they captured between 2001 and 2020 due to different anthropogenic disturbances and pressures is alarming.

At some sites the clearance of land for agriculture caused emissions to be greater than sequestration. The increasing scale and severity of wildfires, often linked to severe periods of drought, is also a predominant factor in several cases. Other extreme weather phenomena, such as hurricanes, contributed at certain sites.

All forests should be assets in the fight against climate change. Our report’s finding that even some of the most iconic and best protected forests such as those found in World Heritage sites can actually contribute to climate change is alarming and brings to light evidence of the severity of this climate emergency.

In the coming years, ongoing sequestration and carbon sinks are likely to be affected at a growing number of sites worldwide as a result of increasingly fragmented and degraded landscapes, and more frequent and intense climate-related events.

The report urges strong and sustained protection of UNESCO World Heritage sites and their surrounding landscapes to ensure their forests can continue to act as strong carbon sinks and stores for future generations. To achieve this, the report recommends rapidly responding to climate-related events, as well as maintaining and strengthening ecological connectivity through improved landscape management.

For example, in Indonesia, government agencies have been using near real-time fire alert systems to significantly reduce their average fire response time. Rapid response is integral to preventing fires from developing into destructive conflagrations that produce extensive CO2 emissions.

At the Sangha Trinational World Heritage site, located within Cameroon, the Central African Republic and the Republic of Congo, the creation of a buffer zone around the site has kept some human activity farther from this important carbon sink.

David Gibbs, WRI Research Associate and co-author of the report

Protecting World Heritage sites from increasing fragmentation and escalating threats will be central to our collective ability to address climate change and biodiversity loss.